As one goes further into the forest, the trees get taller, and it gets darker as their leaves block out more and more of the sun. There, too, it gets stranger and more dangerous. There are stories of what lies in the darkness of the deep forest: ancient ruins, crumbling and overgrown; terrible beasts unlike anything humanity has ever seen; villages of strange people who have never seen daylight; artifacts, lost relics, and more. There are those who grow tired of the peaceful tranquility of village life and attempt to explore the depths of the forest to see what is really there. Very few of them ever return.

Into the Forest is a tabletop game for 1-3 players. Using a standard six-sided die, a deck of 52 playing cards, this guide, and your imagination, you go on a journey to discover what lies in the depths of the forest - and try to make it back out alive. One play session takes approximately 30 minutes.

It takes place in a sci-fi world inspired and partially influenced by Caves of Qud as well as the writings of Ursula K. Leguin. The game was also influenced by the single-player TTRPG games Wretched Wasteland and The Artifact.

Accessibility is extremely important to Secret Foxfire and we've done our best to make sure everyone can enjoy the game. There are four PDF files available with your purchase. All contain the same information. The "simple print" versions are designed to be printed one-sided or simply read digitally on a screen. They should be compatible with screen readers for the visually impaired. The "booklet" versions are laid out for double-sided printing which can then be folded into a booklet. There are also "clean fonts" versions of both of these styles which use fonts which are more friendly to dyslexic readers. If Into the Forest is not accessible to you for any reason, or if you have any other feedback, please get in touch at secretfoxfire@gmail.com. We want everyone to be able to play and are committed to correcting any errors or oversights in the production of our games.

If the $3 minimum price for this game would be a hardship for you, get in touch via email to request a free copy.

Secret Foxfire is a one-person company founded by writer Ari Lereve. Ari also writes essays, fiction, and more, as well as producing YouTube gaming videos and streaming on Twitch. For more info, check out Ari's LinkTree. Patrons at $5 and up get access to these games for free and much more - check out Ari's Patreon page for more info.

In order to download this game you must purchase it at or above the minimum price of $3 USD. You will get access to the following files:

I've just completed my first playthrough, really enjoyed it! The last turn was quite bittersweet - I pulled the card with the 3rd and last Discovery with no supplies and 1 health, so my character fulfilled their goal then promptly died before making it out.

I'm so glad you enjoyed the game! It seems like people are getting some really interesting stories out of it. And thanks for the comment - it's always a wonderful feeling to hear that someone enjoyed something I created!

Into the Forest is a collaborative journaling game for 1-3 players. You explore a sci-fi fantasy forest with a map, and draw cards to determine your encounters in the magical woods.

Into The Forest is a multi-player Wretched & Alone style hexcrawl about exploring an ominous woods.

It's 12 pages, with solid layout and some nice graphic design.

Unlike most Wretched & Alone games, Into The Forest deviates from the basic premise in almost every direction. Multiple players are supported. The game uses its own hex map. Players have tracked stats and resources. And there's a safe zone in which you can decide whether to play deeper into the game or to simply return home to safety.

There's also some unique gameplay modes provided, all of which give you different objectives at the outset and color your gameplay experience. There's even a competitive variant, turning things into more of a narrative boardgame with a clear (or possibly unclear) winner.

To this, Into The Forest also adds a number of difficulty / game complexity modifiers, introducing new ways to spend resources, new difficulty elements, and new context for existing game elements. If you'd like, you can simply turn all the mods on and have a medium complexity, pvp, flavorful woods exploration board game.

But if you skip that, play unmodified, or play solo, what you get is still a little different than a typical Wretched & Alone.

Yes, you have a deck of cards. And yes, it serves you dangerous prompts as you explore. But those prompts have as much decision-making in them as they do randomness. You can still get unilaterally killed by the RNG if you go too deep and don't have an exit strategy, but you have a lot of control over things otherwise.

The writing and atmosphere are also worth a mention, as the game effortlessly generates a kind of Southern Reach style atmosphere. The woods are spooky, ancient, and strange, and every prompt in the deck uses this combination to good effect.

Overall, if you like crunch, if you like hexcrawls, if you like cooperative/competitive board games, or if you simply like immersive journaling rpgs, I would strongly recommend checking out Into The Forest. It's excellent.

Thank you so much for the lovely review! I'm so glad you enjoyed the game. I am also working on an expansion with an all-new Table of Possibilities (which will be free to everyone who owns the game), so keep your eyes open for that. Happy exploring! 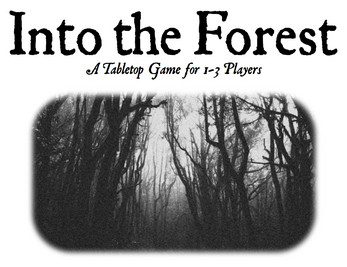 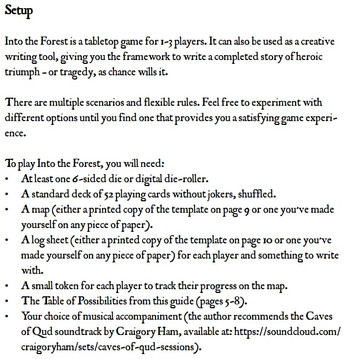 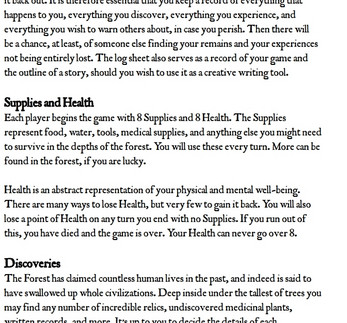 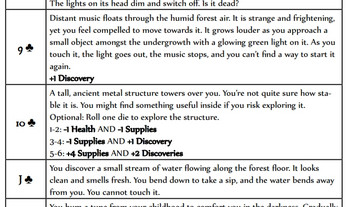 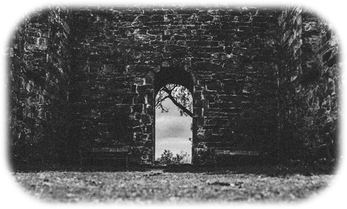